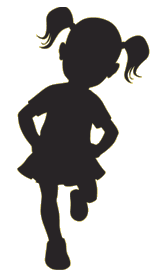 The child skipped down the sidewalk, laughing as she landed on her shadow. She began to stomp, landing her feet harder with each step.
Then, without warning, long shadowy fingers wrapped around her right foot while another dark, translucent hand reached through the pavement for her left. She tried to keep it in the air for as long as possible until, overbalancing, she fell to her hands and knees. As spindly, shady fingers swiftly grabbed each limb and pulled her down into the ground, her shadow leapt up, stomped hard with both feet until she disappeared, and laughed as it skipped away.

4 thoughts on “The Shadow.”

But I don’t look sick. Amiright?
Excited to receive my first purchase from @wurrumay_collective and discover that everything in the box is truly beautiful. Gorgeous enviro-friendly packaging and attention to detail, too! Thanks, Tash!

The TV commentators during the Tokyo Olympics have been using the word a lot lately. They seem to be using it in different ways, though, which makes one wonder just what qualifies someone as a champion? Is just making it to the Olympics enough? Or is it winning a medal? Does one need to make […]

While watching the steeplechase race at the Olympics today, my brother-in-law commented that steeplechase was a funny name for a foot race: “Steeples can’t run… so why would anyone even bother to chase one?” The word-nerdy part of my brain started to itch… and there’s only one thing to do when that happens. I looked […]

Start a Blog at WordPress.com.